As you know my favorite park is Disney’s Hollywood Studios.  One of the key ways you can easily distinguish this park from any other park is the huge Sorcerer’s hat in the middle of the park.  The hat is not my favorite icon, I mean I don’t how you can beat the Tree of Life or Cinderella Castle, but I still think this is a very unique icon for a park and I think it is awesome. 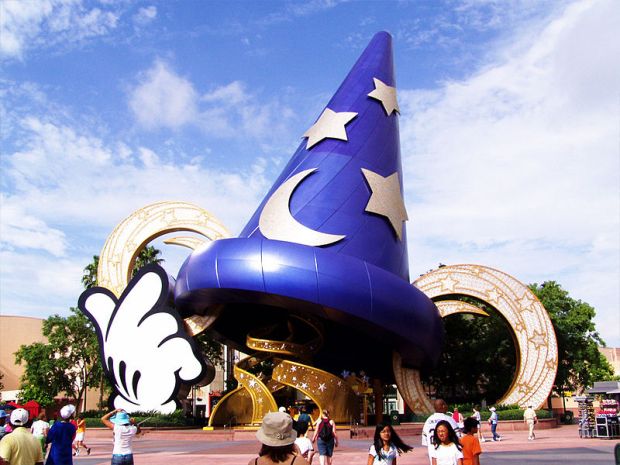 But after a minute of thinking, the only problem with Disney’s Hollywood Studios is that some guests may see the Tower of Terror as the main icon as well.  While I was working at Sunset Ranch Market, I talked to guests all the time about what they thought about the park. Some of the guests asked what the main icon of the park was in my opinion and I ran into the dilemma where the guests had the opposite view and thought it was the Tower of Terror.  There was a strong rumor floating around my area, as well as all of Walt Disney World, that Disney is thinking about tearing down the Sorcerer Hat and making the Tower of Terror the main icon.  I personally do not like that decision but I mean if it happens it happens.  Disney has not released any official word, but I am sure when they make the decision, it will quickly spread.

I wish I could tell you more, but for right now that’s all I know.  I have read numerous articles about this rumor, but none of them are 100% positive or they aren’t reliable sources.  I do know one thing for sure, Disney’s Hollywood Studio is going to be undergoing a lot of changes here within the next couple years and I am super excited about all of it.

Hello everyone!!!  Sorry I am late to the party, but what can I say, I like to be fashionably late.  Actually that is a false statement, I am always early so this is awkward.

My name is Kody (aka Mickey) and obviously you have been doing some reading about our little adventures and what not while the 5 of us were participating in the Disney College Program.  I meant to write this earlier, but I have been so busy with work and school.  So, I guess let’s just dive right down into the good stuff.

I am from Ohio, not many people enjoy my state, but it is actually quite a nice place to live.  I decided that I wanted to participate in the DCP after I went on a family visit to see my best friend’s sister, Lauren, who was also participating in the DCP.  Lauren worked at the Crystal Palace in Magic Kingdom during the Spring of 2011.  While I was there, I knew right away that the DCP was a must for me.

My role while working was Quick Service Food & Beverage (QSFB) and, at first, I was not that excited about it, but I could not have been more wrong.  I had somewhat of an unusual program.  My main location was Blizzard Beach, however, when we arrived on January 8th, Blizzard Beach was undergoing renovations.  So, instead I was working in my favorite theme park, Disney’s Hollywood Studios!!!  I got to work at Sunset Ranch Market, which is right next to Beauty and the Beast, Fantasmic, Rockin Roller Coaster, and Hollywood Tower of Terror.  Let’s just say, there was rarely ever a slow time.  My next location, Typhoon Lagoon, was the exact opposite from my first location at Sunset Ranch Market.  Instead of being in just one section of the park, at Typhoon Lagoon I could be put where ever they needed me to work (only in means of QSFB locations of course).   Being able to walk around the entire park was very different.  I was only there for a short 2 weeks before I finally got to go “home” to my main location, Blizzard Beach!!!  I absolutely loved it there.  Walking around on my first day was so overwhelming.  My other locations where great, but I always knew that it was not my main location, so it never felt like home.  When I walked into Lottawatta Lodge for the first time, I knew this was where I wanted to be.  Lottawatta Lodge is the main dining area for Blizzard Beach and even though I was only at Blizzard Beach for half my program, I still had the most fun there.  On a side note, I also had one day where I went and worked at Pecos Bill Tall Tale Inn and Cafe in Magic Kingdom during spring break time.  Boy oh boy, talk about a crazy day.

It’s not all work and no fun though, right?  Throughout my program I did a lot of amazing things and met even more amazing individuals. Many more stories to come, but for right now, you are probably still wondering where “Swagastic” came from.  This actually happened weeks before the DCP even started.  We were having a google chat with 6 people, and we were trying to come up with names such as “The Fab Five” or something like that, but me being the random person that I am, I just threw “Swag” and “Fantastic” together and bam!, the “Swagastic Six” was created.  I know, kind of a let down, but I couldn’t think of anything else to name the title so that’s all I’ve got to say about that.

You can expect more from me during my free times.  I want to write about random and fun stuff, such as the perfect first Disney date, random places to visit on property, hidden mickeys (even though I am terrible at finding them without help), and anything else I can think of off the top of my head.

Have a magical day!

“When you believe in a thing, believe in it all the way, implicitly and unquestionable.”

8 Live Stage Shows and 2 More for the Holiday Season 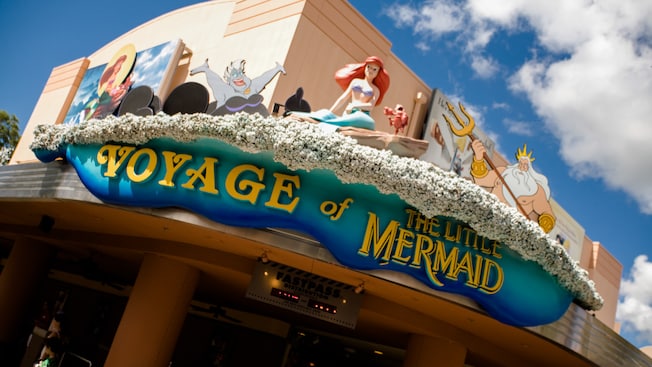 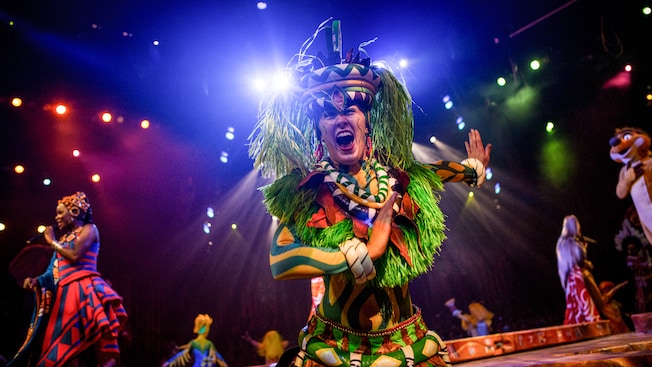 Beauty and the Beast- Live on Stage (Hollywood Studios) 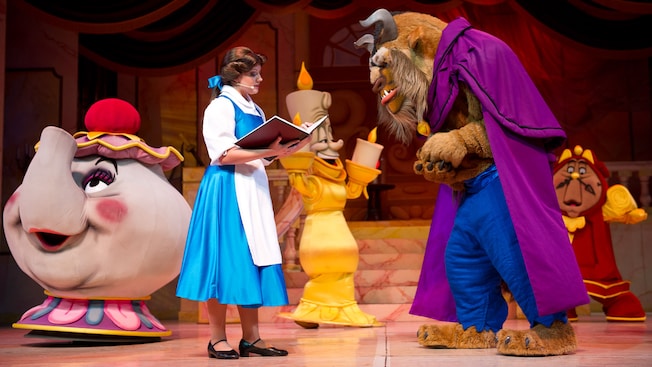 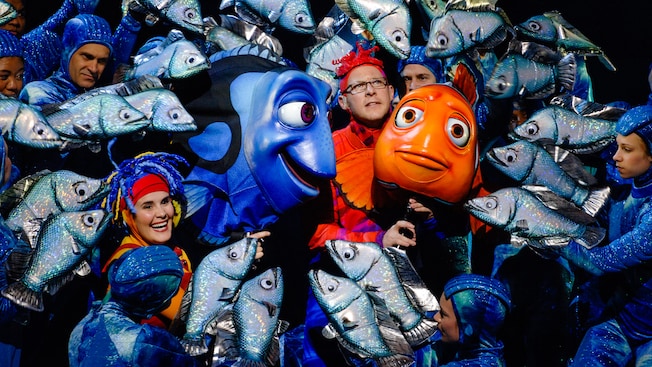 Dream Along with Mickey (Magic Kingdom) 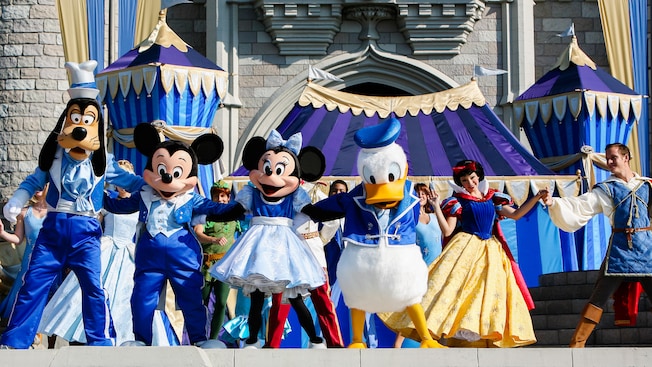 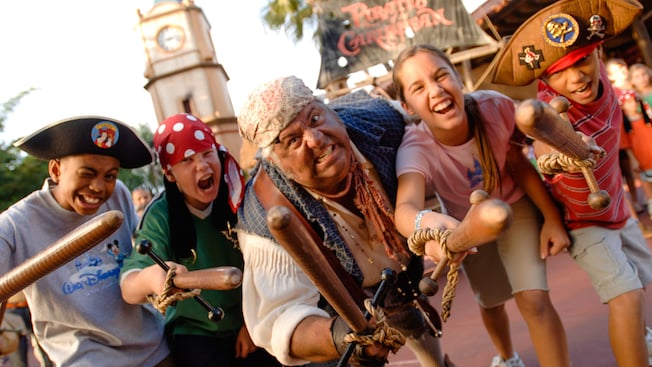 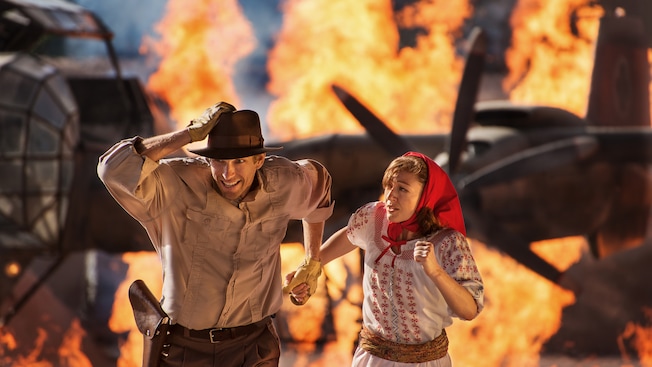 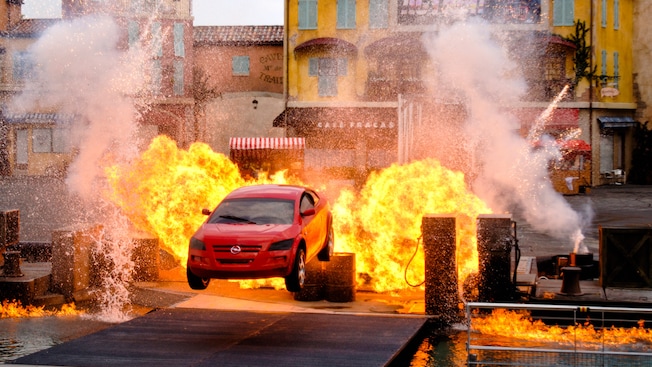 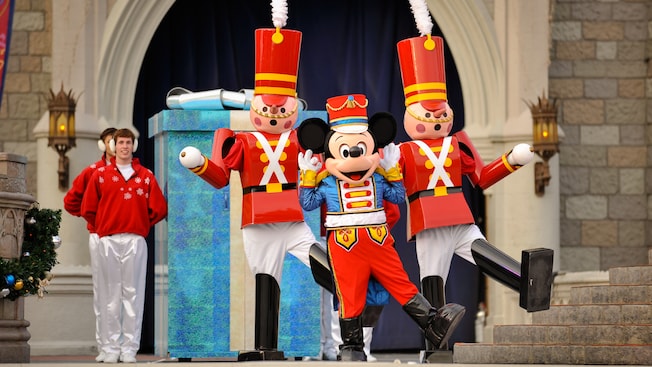 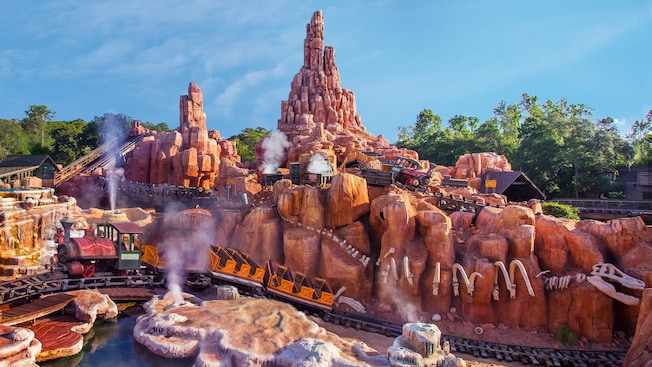 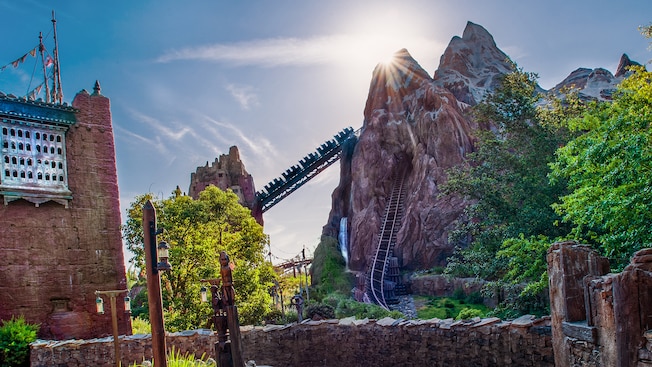 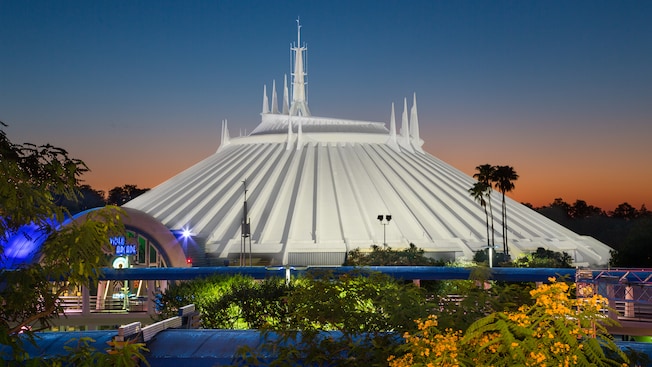 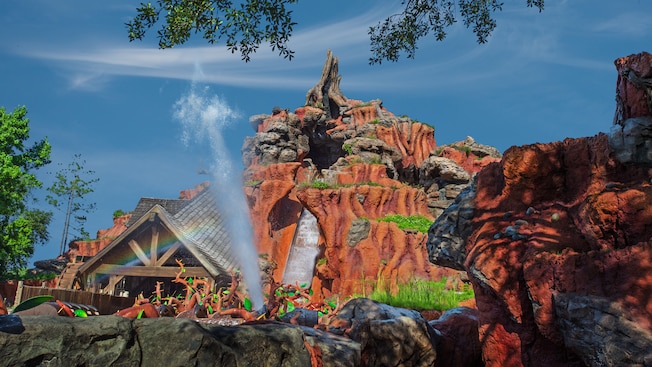 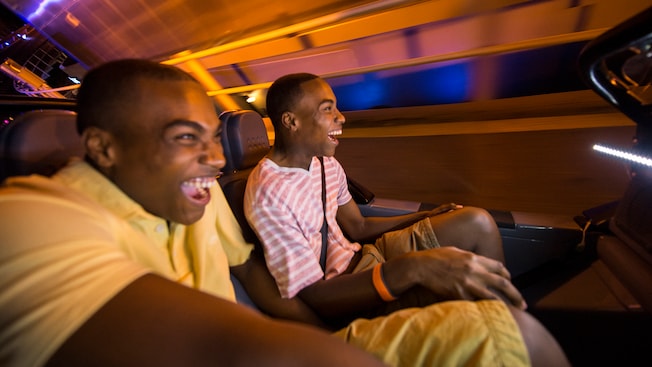 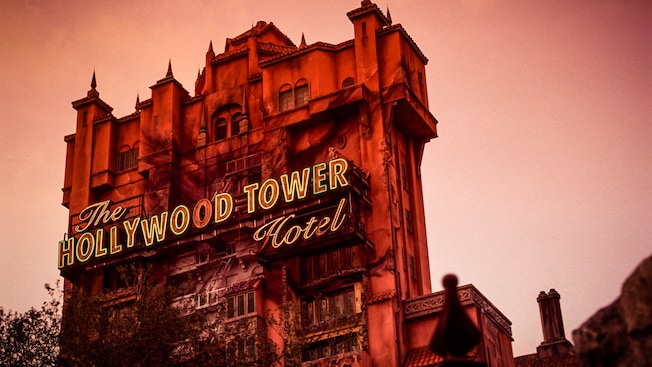 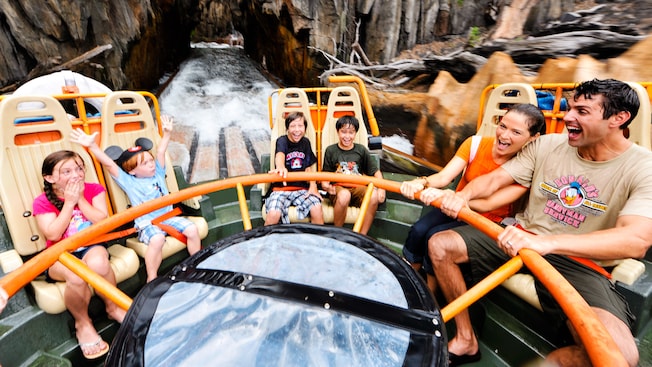 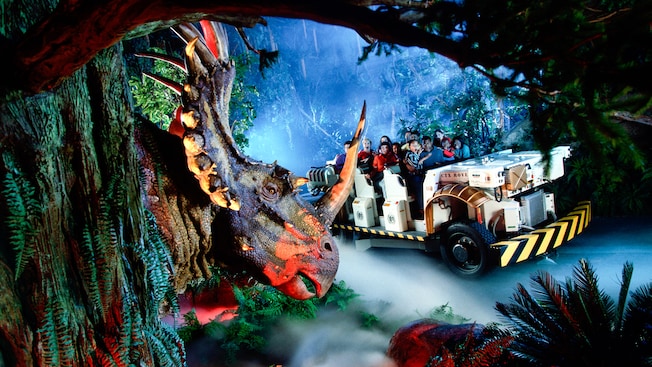 With the holiday season in full swing at the Walt Disney World Resort, we thought we would celebrate the wonderful work of Jennings Osbourne.

Since 1995, what started as a man decorating his home for the holidays, has morphed into dazzling millions each year at Disney’s Hollywood Studios.  Millions of lights are hung through the streets of the park and synchronized to music.

Osbourne started out with 3 million lights in his yard in Arkansas, but had to turn the power off on the magical sight because of neighbors complaining.  Disney jumped on the opportunity and brought the lights to their property.  They have added just about 2 million more lights to the show since bringing it to Hollywood Studios, formerly known as Disney-MGM Studios.

Here is a short clip on how it all comes together in the long months of preparation each year:

The lights will be plugged in starting tomorrow, November 8th, and stay lit until January 5th.  If you have the chance to see this marvelous sight this holiday season, we highly recommend it.  Rumor has it that this may just be the last year the lights will be strung down the Streets of America.  You don’t want to miss it.