Well all of the gorgeous Christmas decorations are adorning the Walt Disney World Resort and Disneyland Resort at the moment! Christmastime is definitely my favorite time to visit WDW. It’s completely magical; there are gorgeous lights, fake snow, characters wearing their Christmas best, and of course Mickey’s Very Merry Christmas Party! Last year I was lucky enough to enjoy my first MVMCP–that I actually remember– and it was wonderful!
The parade was completely wonderful and so much fun! The fireworks were mesmerizing and the music perfect. However, my favorite part was seeing the castle completely decorated with the most beautiful lights. It was such a magical moment for me walking toward the castle that has been so iconic throughout my life, and having it be decorated for the holiday. It made me feel as if I was in a dream or a fantasy of some sort.
I realized how lucky I would be when I would call WDW my home for the next several months during my CP, and made me love Disney even more!
Unfortunately, I am unable to visit WDW during this holiday season. But I will definitely be thinking about my home away from home, and that magical moment of seeing Cinderella Castle lit up for the first time in my life!
– Woody

Alright, there were some issues while viewing the last video I posted so I went and tried to fix it.  Hopefully this one let’s you all see it.

Let us know if it still isn’t working for you!

There’s nothing more magical than ending your Disney vacation with some fireworks. Disney does amazing firework shows every night in three of the four parks, and “Wishes” in the Magic Kingdom is just perfect.  It’s just so magical! If you only have time for one firework show while there, “Wishes” is a must.

Hope you enjoy the video I made! (Sorry about the camera movement! My arm was getting tired.)

I know it’s kind of late but it took a while to edit and upload this video. 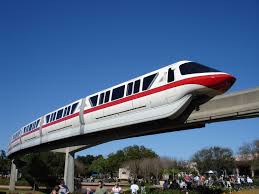 Okay, so here’s the low down on the beloved Monorails at Walt Disney World.

Walt Disney World has been using the Monorail System since Magic Kingdom opened in 1971.  What started out as just two lines to and from the Magic Kingdom, has expanded into three lines with transportation to EPCOT in 1982.

The two Magic Kingdom route consist of Express and Resort.  The Express route goes straight to Magic Kingdom without any other stops.  The Resort route stops at the Polynesian Resort, the Grand Floridian Resort and Spa, the Contemporary Resort, then on to the Magic Kingdom.  You can catch the EPCOT and Express monorails at the TTC (Transportation and Ticket Center).

The Monorail System follows a concrete beam filled with polystyrene to make the structures lighter.  These beams were shipped in from Washington.  The way the system is laid out, guests can “ride high in the sky” to their destination on property.  Every year, about 50 million Disney Resort guests use the monorails as a mode of transportation while visiting.

Each monorail is identified by the color of the stripe that wraps around each of them.  The colors of the monorails are: Black, Blue, Coral, Gold, Green, Lime, Orange, Peach, Red, Silver, Teal, and Yellow. Sometimes, you may notice that a color isn’t present on the track but in its place is a “decorated” monorail.  To promote new movies, Disney has been known to convert the outsides of certain monorails to look like it is from the new movie.  In 2012, Monorail Red was converted to The Avengers and before that, a monorail was transformed into a promotion for Tron: Legacy.  In March 2013, Monorail Black promoted Iron Man 3 and then in April, Monorail Teal was converted to Monsters University.

One of the most popular phrases on Disney property comes from the prerecorded spiel on the monorail.  “Please stand clear of the doors.  Por favor manténganse alejado de las puertas.” can be heard every time guests have boarded a monorail and are about to leave the station.  This phrase can also be found on T-shirts throughout the resort.  If ever in a situation where everyone around you speaks Spanish, all of us crazy Disney fanatics will be able to tell everyone to “please stand clear of the doors” if need be.

The monorail cars also seem to have a distinct smell to them when you enter them.  To me, they smell like a barn, but that’s just me.  Growing up out in the country, that’s what I associate it with.  Even though the smell isn’t too pleasant, there is this joy and excitement that comes with riding in a Disney monorail.  For me, boarding a monorail means that I’m really close to being back home.  There’s just that extra little magic that fills you up when looking out the window and seeing Cinderella Castle growing closer.

Now, Woody and I are notorious for trying to board an empty car and “monorail surf.”  This means that for the entire ride we stand in the middle of the car and try to stay standing the entire time without holding on to anything.  I must say, we go pretty good at this in the months we have spent at Disney.  We can also recite the entire boarding spiel which always seems to get us crazy looks from normal guests.

Well there ya have it! Some basics on the Monorail System at Disney World.

Did you know that because there are Disney Theme Parks in North America, Europe, and Asia the sun never really sets on Disney Parks.  Somewhere in the world the sun is always shining at Disney.